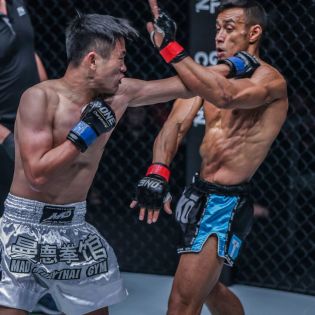 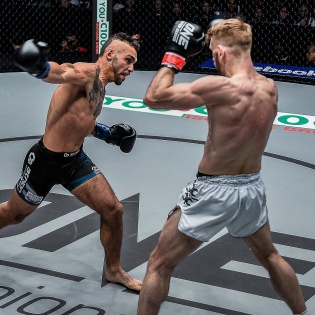 Han Zi Hao, 22, of China and Stergos “Greek Dynamite” Mikkios, 28, of Greece will face each other at “ONE: Beyond the Horizon” at the Baoshan Arena in Shanghai, China. They are both aiming for redemption in ONE Championship’s striking-only league ONE Super Series.

Mikkios made his ONE Championship debut at “ONE: Grit and Glory” at the Jakarta Convention Center in Jakarta, Indonesia on May 12, 2018. He lost to Ognjen Topic, 32, of Serbia in a ONE Super Series Muay Thai bantamweight contest.

Like Mikkios, Han competed in a ONE Super Series Muay Thai bantamweight contest in his ONE Championship debut. On July 27, 2018, the Chinese martial artist lost to Panicos Yusuf, 33, of Cyprus at “ONE: Reign of Kings” at the SM Mall of Asia Arena in Pasay City, Metro Manila, Philippines.

On September 8, 2018, Han will compete against Mikkios in a ONE Super Series Muay Thai bantamweight contest at “ONE: Beyond the Horizon.” It will be the fifth bout of the evening.

In the main event, reigning ONE Women’s Strawweight World Champion “The Panda” Xiong Jing Nan of China will defend her title against Samara “Marituba” Santos of Brazil. Here is the complete “ONE: Beyond the Horizon” fight card:

Ticket information for ONE: BEYOND THE HORIZON is available at www.onefc.com.