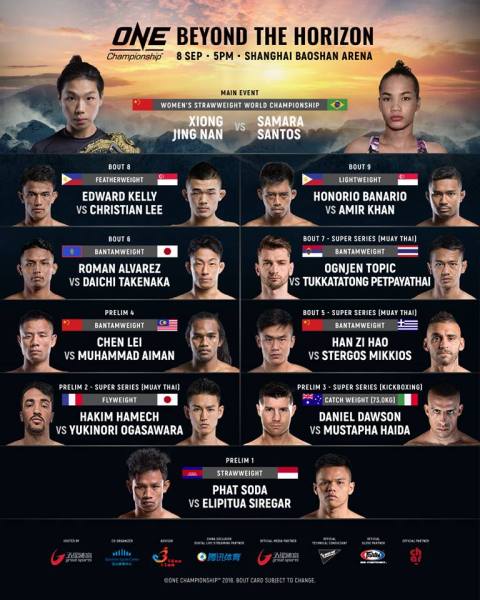 Ognjen Topic, 32, of the United States and Tukkatatong Petpayathai, 30, of Thailand are returning to ONE Championship’s striking-only ONE Super Series. They are set to compete at “ONE: Beyond the Horizon,” which is set for September 8, 2018 at the Baoshan Arena in Shanghai, China.

Topic, who is of Serbian descent, made his ONE Super Series debut at “ONE: Grit and Glory” at the Jakarta Convention Center in Jakarta, Indonesia on May 12, 2018. In a Muay Thai contest in the bantamweight division, he defeated Stergos “Greek Dynamite” Mikkios, 28, of Greece via unanimous decision.

On the other hand, Petpayathai made his ONE Super Series debut at “ONE: Spirit of a Warrior” at the Thuwunna Indoor Stadium in Yangon, Myanmar on June 29, 2018. In a kickboxing contest in the welterweight division, he defeated Mehdi “Diamond Heart” Zatout, 35, of France via unanimous decision.

At “ONE: Beyond the Horizon,” Topic and Petpayathai will compete in a kickboxing contest in the bantamweight division. It will be the seventh bout of the evening.

Ticket information for ONE: BEYOND THE HORIZON is available at www.onefc.com.