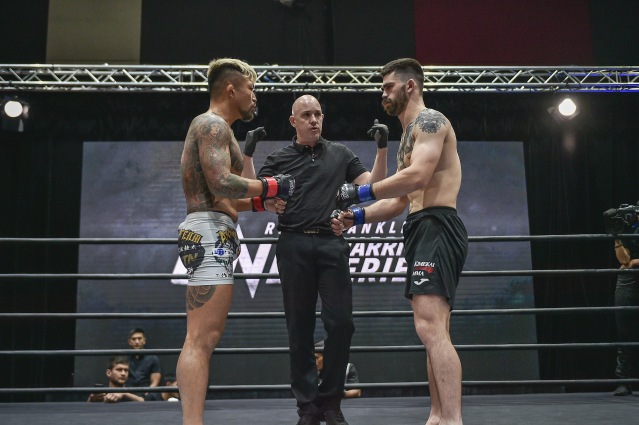 Fighting out of Australia, Joseph Luciano, 27, was one of the winners at “Rich Franklin’s ONE Warriors Series” Season 7. It was his first bout in the ONE Championship subsidiary headed by mixed martial arts veteran Rich “Ace” Franklin, 44, of the U.S.

“ONE Warrior Series 7” marked Luciano’s professional MMA debut. As an amateur fighter, he had 12 wins and 4 losses.

ONE Championship held “ONE Warrior Series 7” in Singapore on August 6, 2019 featuring one Muay Thai contest and 14 professional MMA matches. In the 11th bout of the evening, Luciano competed in an MMA match in the welterweight division against Koji “Animal” Shikuwa, 28, of Japan with Olivier Coste as the referee.

After three five-minute rounds, the welterweight bout was left in the hands of the judges. In the end, Coste raised the hand of Luciano, who was declared the winner via unanimous decision.

Winning at “ONE Warrior Series 7” improved the professional MMA record of Luciano to 1 win and 0 loss. He is training out of Kimekai MMA in Melbourne, Victoria, Australia

On the other hand, Shikuwa now has 5 wins and 8 losses. He trains out of TS Gym in Nagoya, Aichi, Japan. 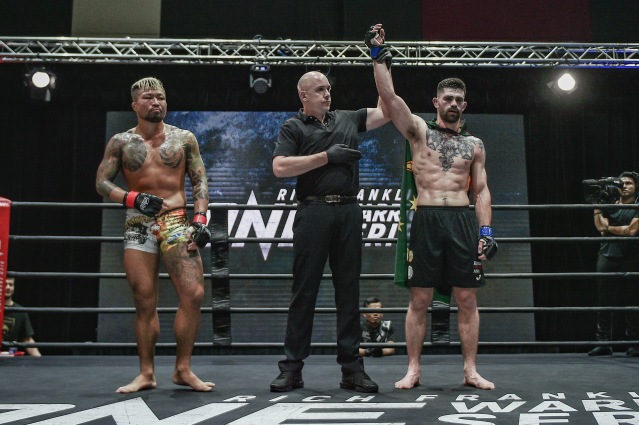 Luciano was born in Australia on March 27, 1992. As an amateur fighter, he competed in the International Mixed Martial Arts Federation from 2016 to 2018.

Including Australia and Japan, 16 countries were represented at “ONE Warrior Series 7.” The others were Brazil, Brunei Darussalam, India, Indonesia, Iran, Malaysia, Myanmar, Northern Ireland, the Philippines, Singapore, South Korea, Thailand, the U.S. and Vietnam.

Check all the official results of “ONE Warrior Series 7” on Conan Daily. Watch all the 15 bouts here: